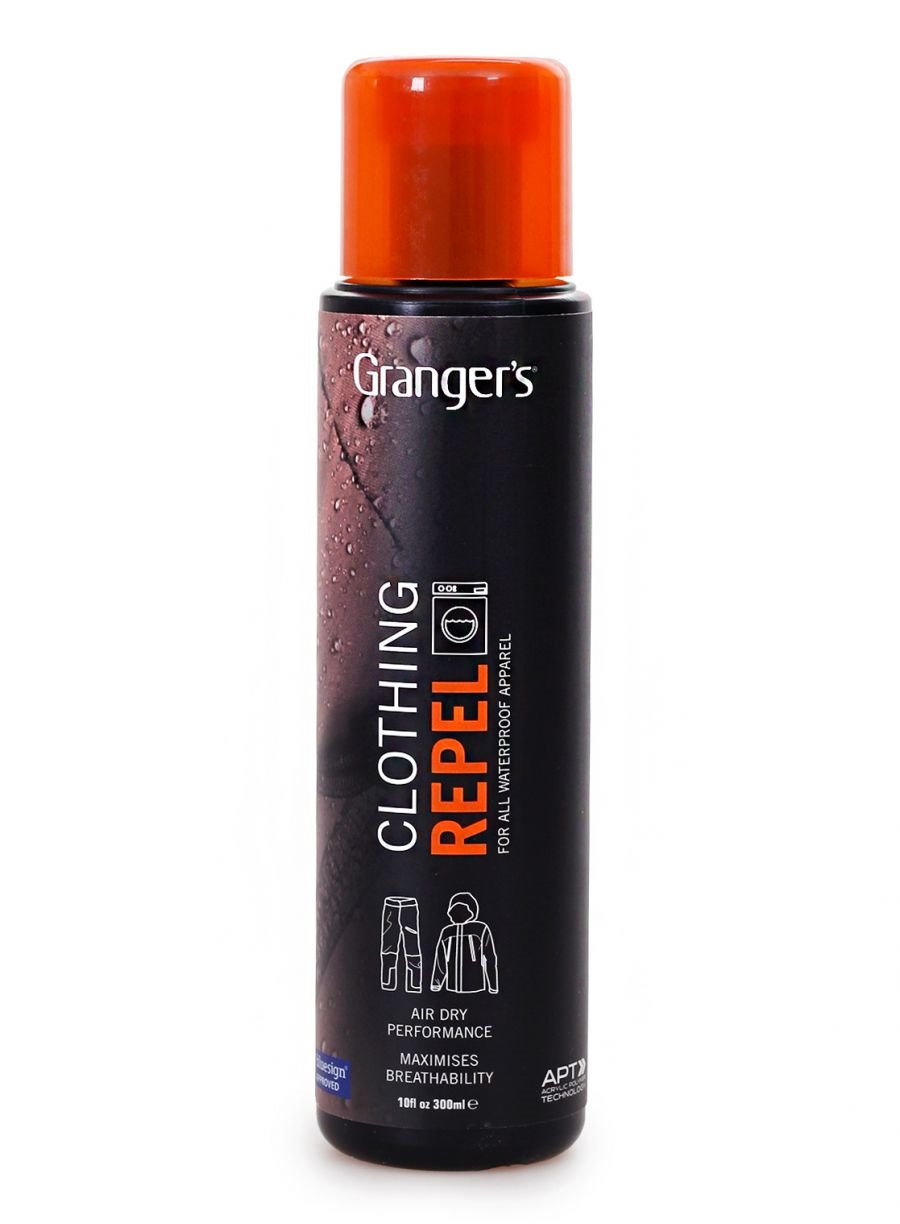 I decided to use Granger’s Clothing Repel on a waterproof jacket I purchased at the end of last year which in heavy rainfall became damp in areas of high contact. For example, on the cuffs and pocket flaps and sleeve creases.

Never having encountered waterproofs and their care before this past year I didn’t have a clue about maintaining them. I thought, you bought a waterproof jacket and much like an umbrella you simply use it.

But no, that’s not the case.

Granger’s claim that this product “Adds durable water and stain repellency to all outdoor fabrics […] whilst maintaining the fabric’s breathability”. Also they are “bluesign” approved to be water based and environmentally friendly. Fantastic!

My 10fl oz/300 ml bottle will proof up to 5 garments and given the cost I decided that as you require 2 x cap fulls for one garment and 3 for a couple that it made good sense to treat David’s jacket at the same time.

After checking the advice on the website and watching a “How to” video on YouTube I was still no wiser.

So I decided to give their helpline a call. Having spoken to their helpful technical department I was advised that the product needed to be applied after washing as it needed to bond to a clean garment and that introducing it in the wash cycle wouldn’t work.

I decided to wash our jackets and then put them on a final rinse and spin with the product, followed by a tumble dry which I was advised to do.

The whole process took about 50 minutes, including the wash cycle and then it was off to the tumble dryer.

Would you believe that I actually weatherproofed our jackets on one of the driest weeks of the year!

Without the promise of any rainfall during the coming days I decided to put my jacket to the test indoors. I placed it on a coat hanger and placed it in the shower cubicle.

Turing on the showerhead to a pressure which resembled a British shower I pointed the head at my jacket and was relieved to see the droplets of water being repelled by my jacket.

Then I noticed that the cuffs on both sleeves and the flaps over my front pockets had darkened as the water ingress became apparent. At the time of writing up this review I hadn’t tested any of the other major brand waterproofers but now I can add that this is quite normal.

Don’t expect hardwearing areas to proof fully, for some reason they seem extremely resistant. To be perfectly honest having wet cuffs and pocket flaps isn’t going to be too much of a problem as the majority of the treated garment will be waterproofed.