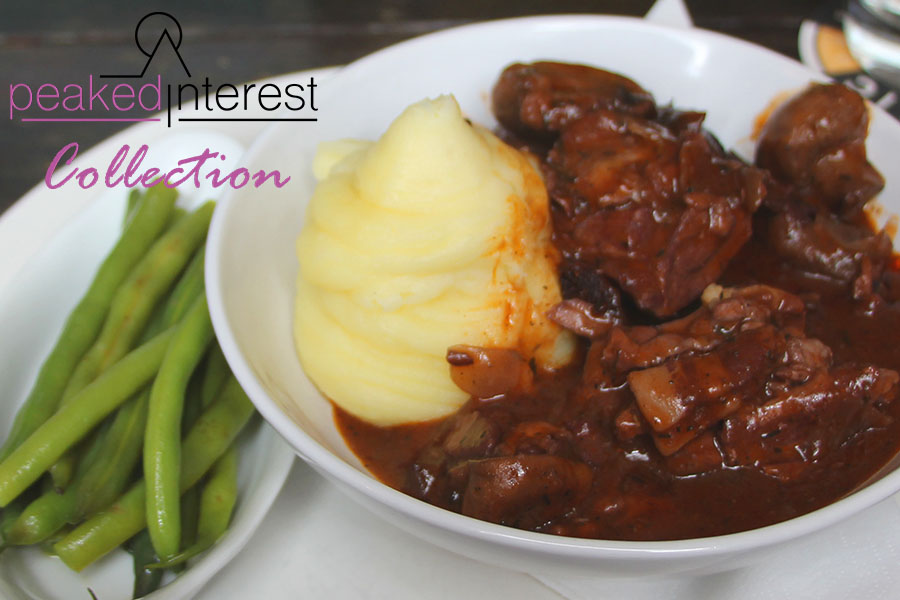 The Remarkable Hare is a gastropub in the town of Matlock on the edge of the Derbyshire Peak District. For the last two years it’s been run by Jan and Simon who were also the architects of its redevelopment. The building and adjacent spaces have been extensively renovated after a number of years of disuse and neglect.

What could have emerged from an empty and unloved building was high-priced apartments or a generic chain pub. What actually happened is that Jan and Simon had the courage and foresight to create The Remarkable Hare.

When we were speaking to Jan (Simon was unfortunately away the day we ate at “The Hare”) she surprised us in a number of ways. Not least by explaining that both Jan and Simon were not experienced in the pub trade, or even the wider hospitality industry. Their background is in teaching.

Jan has an easy-going and friendly nature that seems to have shaped the way the pub has been remodelled and decorated. It would be easy to think that The Remarkable Hare has been around for decades as the interior looks comfortably worn-in at first glance. Closer inspection reveals that the look has been crafted by Jan and Simon reflecting their taste. The walls are adorned with posters of mid-20th century classic book covers such as “Catch 22” and “Brave New World”. Very much to my taste as I love both the books themselves and the style of the artwork. A couple of the books might not actually be real titles though …

Around the room you’ll also find games that the patrons of The Remarkable Hare are encouraged to use. Apparently “Buckaroo” is one of the most popular, though some of the pieces tend to go missing … In winter skittles in the bar is also very popular with the regulars. And that’s one of the interesting things. In a place like Matlock where much of the trade can be visitors to the town and those passing through we noticed that even on a quiet, mid-week lunchtime the bar was populated by regulars. Very unlike some of the soulless chain pubs for who each customer is simply a number.

I normally hesitate to use the term “Gastro Pub” as for me it can have a number of negative connotations. It can mean over-priced food, it can mean food that has more effort put into presentation than flavour. At The Remarkable Hare however you do get a real gastronomic treat. This is bowl food, served as the name suggests in a bowl, take a look at the images to see our how dishes arrived.

Carol chose the Lamb Tagine and I the Coq au Vin. Both of these, like all the food at The Remarkable Hare are prepared freshly, on the premises with local produce. That means that while we had to wait about 20 minutes for our food its arrival was well worth the wait. A far cry from pre-prepared fayre that simple re-heated by kitchen staff. The Tajin was full of flavour and balanced with a lovely rice accompaniment and my Coq au Vin was full of flavour, tender and in a gorgeously thick sauce. The beans were cooked perfectly too, just al dente enough to emphasise their freshness. We shared a homemade Bakewell tart afterwards which was of course delicious. Service was friendly and attentive without being too much in your face. We were treated just like everyone else, not as people there to review the pub. Jan arrived from gathering provisions from local suppliers as we were finishing our meal.

The origin of the menu at The Remarkable Hare is food prepared in Jan and Simon’s own kitchen. This happens so often in and around the Peak District that we think there’s something in the water. Their story is familiar, friends saying “Oooh you could sell this food …” which is great and yet food from a home kitchen, no matter how good doesn’t always translate to a retail environment. At “The Hare” it does, it’s great.

We can’t comment on the wide selection of beers available at The Remarkable Hare as we just opted for the delicious elderflower pressé. (You can read how to make Carol’s own recipe for Elderflower Cordial here if you’re interested!) 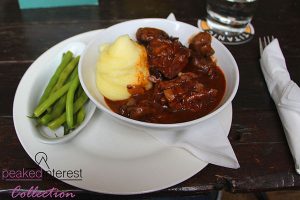 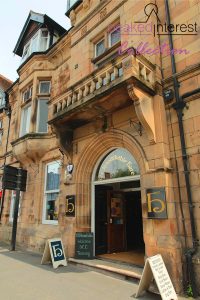 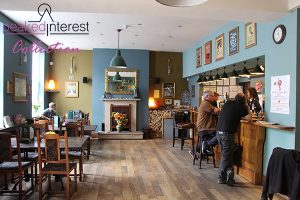 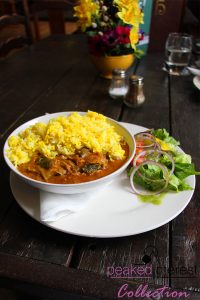 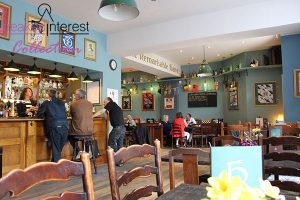 If you’re driving to The Remarkable Hare there’s a council operated Pay and Display carpark at the rear of the pub. There’s also no outside space to sit and drink. Both these facts are a consequence of the geography of that part of Matlock and the aforementioned redevelopment of the area around the pub.

The pub does boast two function rooms with huge windows that can be opened up in the summer to let a little of the outside in when they aren’t being used for parties, weddings or other functions. The Remarkable Hare will also host a Tea Party for you. And that doesn’t have to be tea total, just saying.

So Why The Remarkable Hare?

One question we had to ask of course was – Why the name “remarkable Hare” The answer is simple Jan and Simon like hares. When they were choosing the name for their venture they collated a long list of names, some quite bizarre before deciding that as hares are remarkable and they wanted to create a remarkable establishment the logical choice was “The Remarkable Hare”.

If you need any more reasons to try out The Remarkable Hare, here’s a 2 for 1 voucher to use. 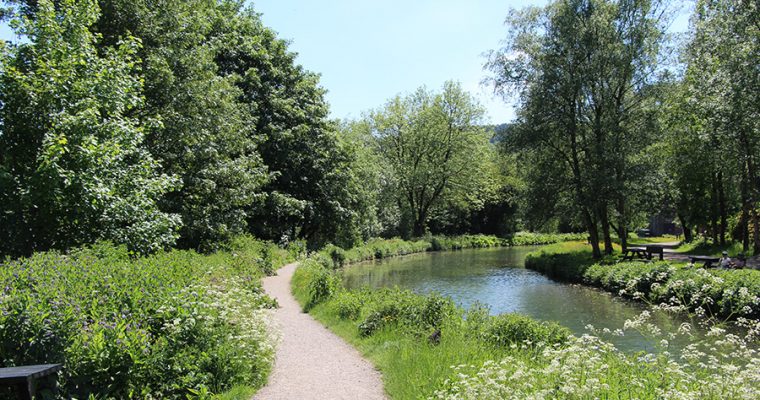 Cromford Canal has a history stretching back over 200 years. It was conceived in the 18th century as an extension to the Erewash Canal. After receiving its Act of Parliament in 1789 worked started on the 14.5 mile cut. Despite initial hiccups including the costs […] 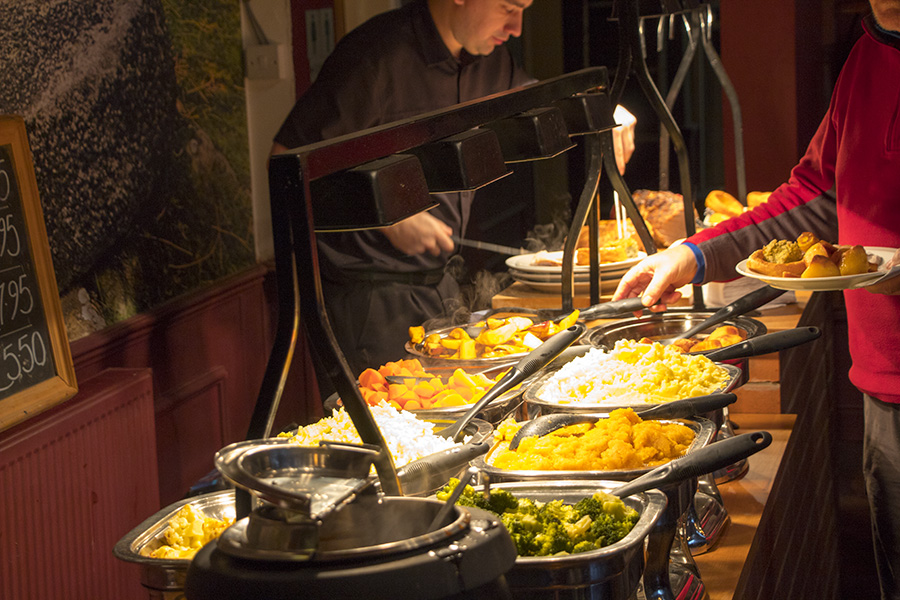 The Millstone Country Inn at Hathersage hasn’t seen me propping up the bar for over a quarter of a century and like many of the pubs in the Derbyshire Peak District until recently it hadn’t changed much in those 25+ years. That changed two years […]