Highland Cattle on Baslow Edge The Inside Out Story 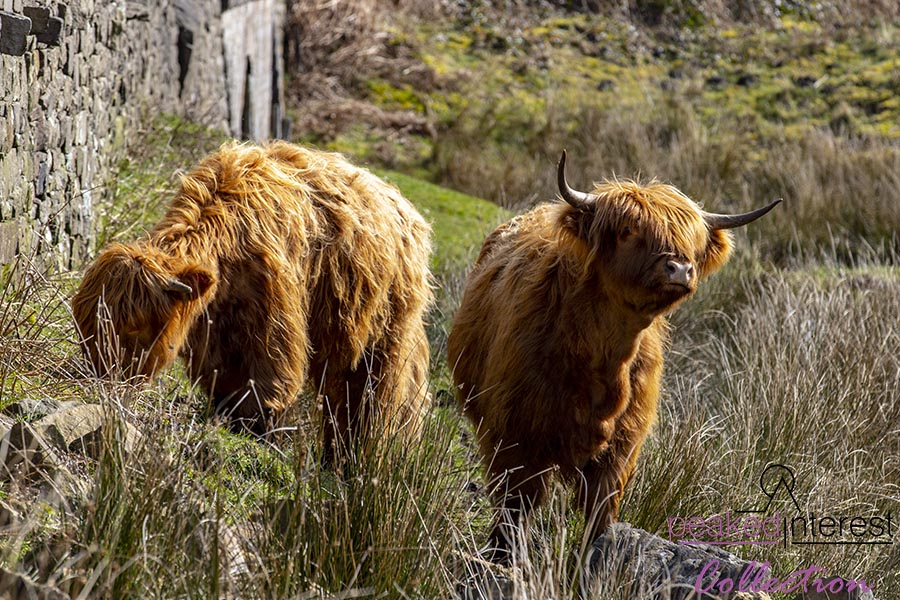 Forty years ago a Baslow Farmer broke with convention and bought the first members of a herd of Highland Cattle that still roams Baslow Edge today. But for how much longer will these magnificent animals graze the rough pasture that overlooks the villages of Baslow and Curbar?

Two years ago a dog walker made a report to the Health and Safety Executive stating he had been “pinned against a wall” by a heifer on Baslow Edge. The man had sustained no injuries, nor had his family or the dog. Apparently the heifer was being protective of her calf because of the presence of the dog and despite advice for dog walkers the dog’s owner had not released the dog but kept hold of its lead. Had the dog been released this may have defused the situation and avoided the eventual report to the HSE.

The farmer, grandson of the herd’s original owner received conflicting reports about the circumstances of the incident and its location on the moor from the HSE. The HSE then suggested a number of solutions to what they saw as the location of a problem herd on the moors behind Baslow Edge – all of which would either cause new problems, were impractical, ridiculously costly or would have breached one or more laws about access to the land.

The result was that the breeding herd was removed from the moor, under threat of criminal prosecution of the farmer by the HSE. This in itself caused practical problems for the farmer who had to locate the cattle on lower pasture that was needed for other stock and in turn welfare problems for the Highland herd because the pasture wasn’t suitable for the cattle. This lead to the deaths of a number of animals and the eventual sale (for slaughter) of most of the herd.

What is left on the moor today are the young heifers and steers, 13 animals who are the last remnants of a herd with 4 decades of history on the edge. Their future now hangs in the balance.

So why should anyone care? The cattle are nice to look at, the highland breed is very photogenic and popular with visitors to the area but that in itself can’t be enough to keep them, can it?

I would say it is, but there are more fundamental reasons to preserve the Highland Herd on Baslow Edge. Grazing Highland cattle on the moor helps maintain the biodiversity of the area. Highlands graze rough plants and scrub and thrive in that environment. On lower, richer pastures they suffer as the members of the herd who were relocated did. Without highland cattle the area would return to rough scrub and loose the diversity of plant and animal life.

Other grazing animals could live on the moor. Sheep for example would survive but eventually turn the mixed flora to a rough grassland with a consequential reduction in the variety of species. Other types of cattle would find it hard to exist on the rough foliage and would selectively graze, again letting certain plants dominate.

Perhaps most importantly, without grazing the land would build up a fuel load of dry plant material and be at greater risk of devastation by summer fires.

The view that the Highland Herd on Baslow Edge should be preserved is shared by many members of the general public as shown by the petition to keep them. You can find it here if you’d like to sign it to show your support. https://www.change.org/p/national-trust-the-return-of-highland-cattle-on-baslow-edge

You can hear more about the herd on the BBC Inside Out (East Midlands) programme at 19:30 on Monday 30th March 2020. If you’re not in the BBC East Midlands area you can watch on iPlayer or select Sky satellite channel 960.

LATE EDIT: We’ve just found out that the scheduled transmission of the feature about the Highland Cattle may have been bumped out of the schedule and replaced with a piece about COVID-19. We’ll try to clarify this with the BBC and update you all. 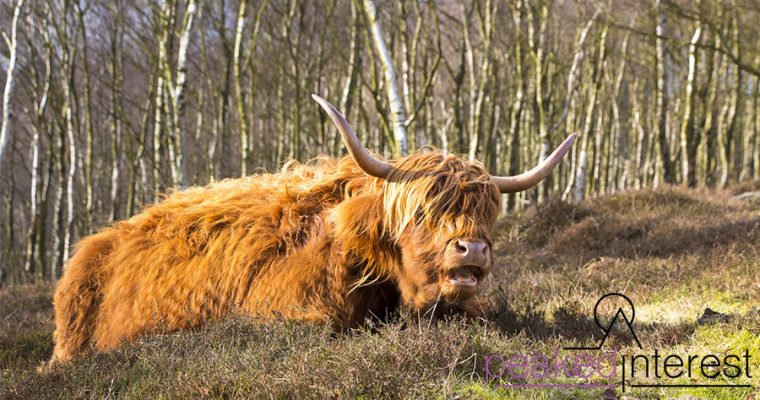 In Search of Higland Cattle on Baslow Edge

And as you can see we found the titular Highland Cattle we were looking for.

You can find a lot about Froggatt Edge on this site. Here for example. This post is mainly a quick image gallery of the shots I took on our walk today along Froggatt, Baslow and Curbar Edges. We started from the Curbar Gap Car Park […]