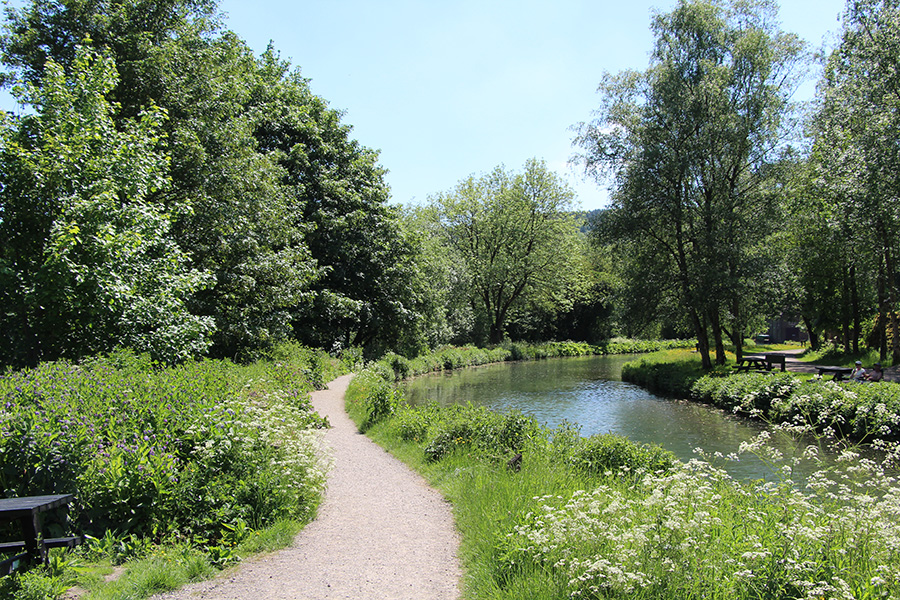 Cromford Canal has a history stretching back over 200 years. It was conceived in the 18th century as an extension to the Erewash Canal. After receiving its Act of Parliament in 1789 worked started on the 14.5 mile cut. Despite initial hiccups including the costs being under-estimated and the contractor walking off the job when the company ran into financial difficulties construction went reasonably smoothly.

There were a few hiccups such as the failure of one aquaduct and cracks in another that had to be rebuilt. But that’s more of a reflection of the rapid pace of change in engineering at the time. Engineers were pushing the boundaries of knowledge and construction techniques to meet the demands of an increasingly industrialised Britain. The Cromford Canal didn’t suffer any catastrophic failure on the scale of collapse of the Dale Dike (Dale Dyke) reservoir West of Sheffield.

The Canal was a success from even before its completion, earning money even before all sections were complete. Despite running over budget the owners must have been happy with the end result. Cargo volumes were better than expected and the existence of the canal encouraged industry and trade in goods that hadn’t existed before it existed. This contrasts starkly with other canals built at the same time or a little later. Many of these lost their owners huge amounts of money as the railways began to take business away from the canal network.

The Cromford Canal finally closed to commercial traffic and was abandoned in 1944. In the decades since stretches have been lost through a tunnel failure and road development. For the full story you should check out the Wikipedia page and the website of the Friends of Cromford Canal. 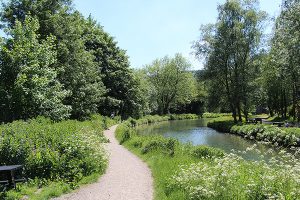 A bend in The Cromford Canal 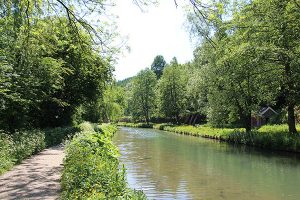 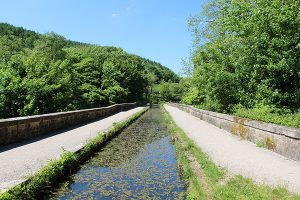 An Aquaduct on The Cromford Canal 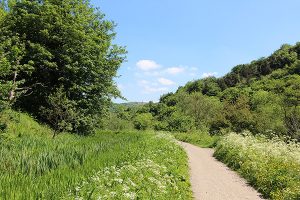 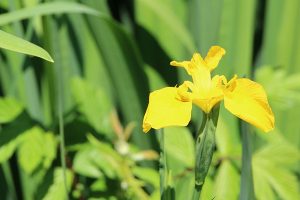 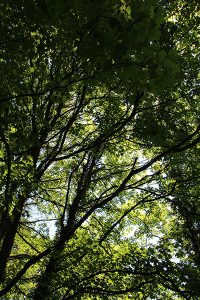 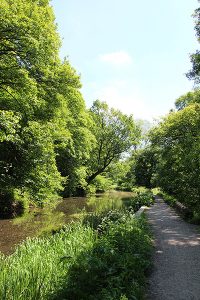 Towpath on The Cromford Canal 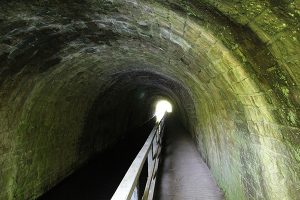 A tunnel on The Cromford Canal 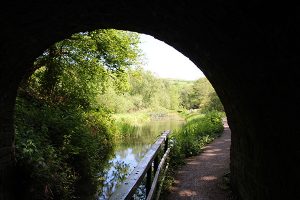 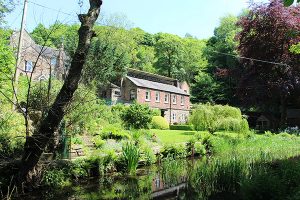 Today the stretch from Cromford to Ambergate makes a marvellous walk. You can take in the wharf at High Peak Junction and the Leawood Pump Station. All of this part of the canal is designated a SSSI, full of wildlife and utterly beautiful when we visited in late Spring.

The Cromford Canal and railway line wind around each other for the length of the stretch we walked. Therefore if you want to travel to the area by train you’ll have no trouble hopping off at Cromford, Whatstandwell or Ambergate stations for example. However we travelled by car and parked at the carpark at High peak Junction on the East bank of the canal.

To get there drive to Cromford then follow the signs for Cromford Mill/Cromford Canal. About 3.5km from Cromford you’ll find the carpark, on your right it’s well signed (SK314561). The footbridge across the Derwent and past the sewerage works, yes just follow your nose leads straight to High Peak Junction. From there we walked all the way along the towpath to Ambergate. Being a towpath you can’t take a wrong turn! It is by definition totally flat and a delightful walk.